Articles on this Page

News , Blues and Guns ... Not Necessarily In That Order

” A Texas district attorney and his wife were shot dead in the same county where an assistant prosecutor was gunned down outside a courthouse in January, the sheriff of Kaufman County, said on Sunday.

Security has been tightened for other officials after the shooting deaths of Kaufman County Criminal District Attorney Mike McLelland and his wife, Cynthia, Sheriff David Byrnes said.

Byrnes said it was not clear if there was a link between the shootings and the January slaying of Kaufman County Assistant District Attorney Mark Hasse. Hasse was shot and killed as he walked from his car to the county courthouse . “ Considering McLelland was part of a task force that investigated the Aryan Brotherhood, and in light of the recent killing of Colorado prison chief Tom Clements allegedly by a member of a white supremacist prison gang, this theory that the AB may have been involved in the murders clearly has some merit.

Yet in that coverage, the mainstream media has gone to great lengths to label ad-infinitum the Aryan Brotherhood as a “white supremacist” group, implying a racial motivation. The AB, even if involved at all, however, may have been motivated not by a “white supremacist” philosophy, but rather by something more mundane. Evidence suggests that the Aryan Brotherhood has morphed into what is primarily a drug-trafficking gang, and there is a more frightening possibility: that the Aryan Brotherhood is acting as a conduit, doing the dirty work for a Mexican drug cartel criminal insurgency into the United States.”

Ex-Justice Of Peace To Be Charged In Texas Prosecutor Murders 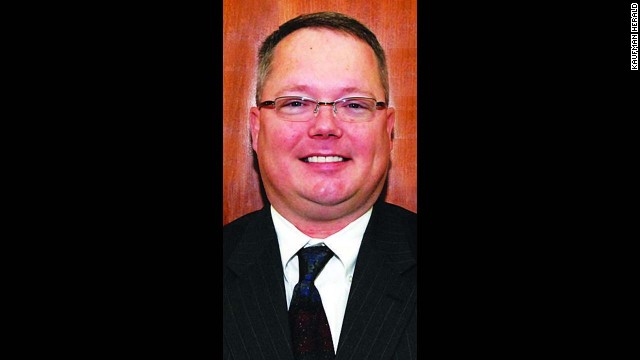 ” A former justice of the peace is expected to be charged with capital murder in the killings of two Texas prosecutors and the wife of one of them, officials say.

The charges against Eric Williams, 46, in the deaths of Kaufman County District Attorney Mike McLelland, 63, his wife Cynthia, 65, and Assistant District Attorney Mark Hasse, 57, are expected to be filed as early as Tuesday, law enforcement authorities in Kaufman, Texas, told The Dallas Morning News.”

” Authorities say the wife of a former judge has confessed to being involved in the shooting deaths of aNorth Texas district attorney, his wife and an assistant prosecutor.

” KAUFMAN, Texas — In a surprising twist, the wife of a jailed former justice of the peace was charged Wednesday with capital murder after authorities say she confessed to helping her husband kill two North Texas prosecutors who aggressively secured a theft conviction against him. The overnight arrest and charge against Kim Lene Williams is the latest turn in an investigation that had recently focused on Eric Williams after authorities searched his home and a nearby storage facility stocked with guns. An arrest affidavit alleges she told investigators Tuesday that her husband shot and killed Kaufman County assistant prosecutor Mark Hasse in January and District Attorney Mike McLelland and his wife last month. (See Texas Justice @ http://youtu.be/Mc36ccqeUtA)”